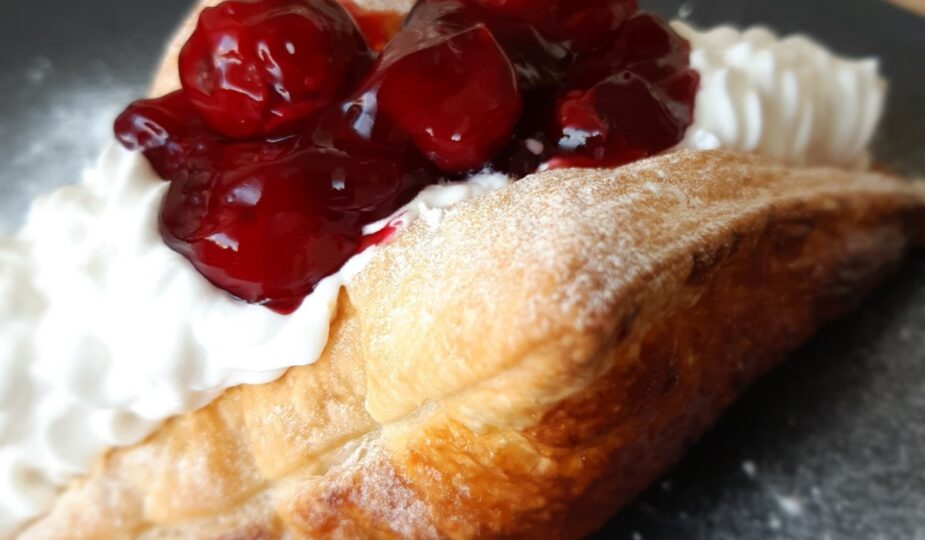 Valentine’s day is coming up and one does like it more than the other. Personally I can’t say that I’ve ever been a real valentine celebrator. 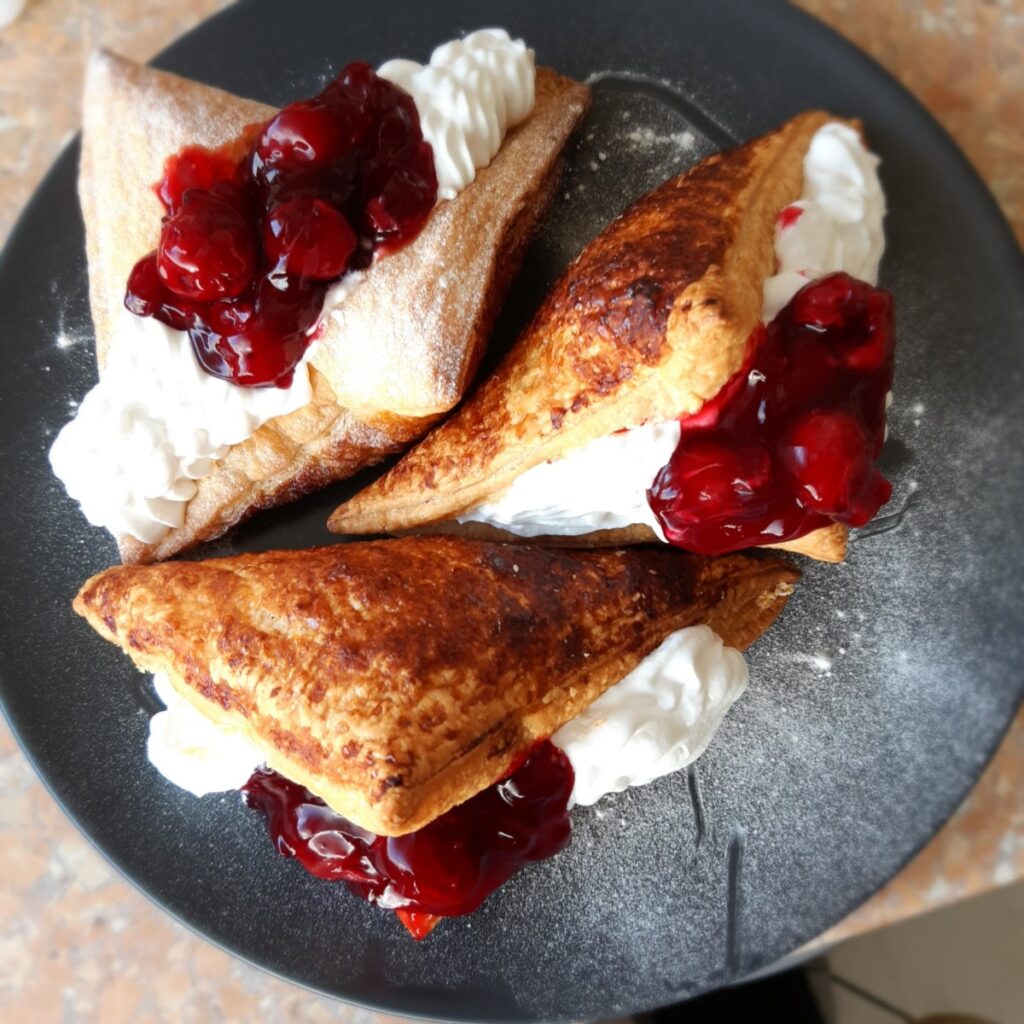 I always thought valentine’s day was really cringy, and to romantic for my appetite.

But every opportunity is a good excuse to make something sweet, and so I did!

Maybe this way I can make up for all the missed valentine’s days in the past.

When I think of valentine’s day I think of red fruits and whipped cream.

And they always say that food is a key to one’s heart, so I chose a to me nostalgic recipe and veganised it.

Fun fact 1: did you know Turnovers were originally known as “portable pies”?

Fun fact 2: And did you know that the 28th of august is officially the national cherry turnover day?

Luckily they are also very easy to make, so lets start!

If you have frozen puff pastry, make sure you thaw them first. 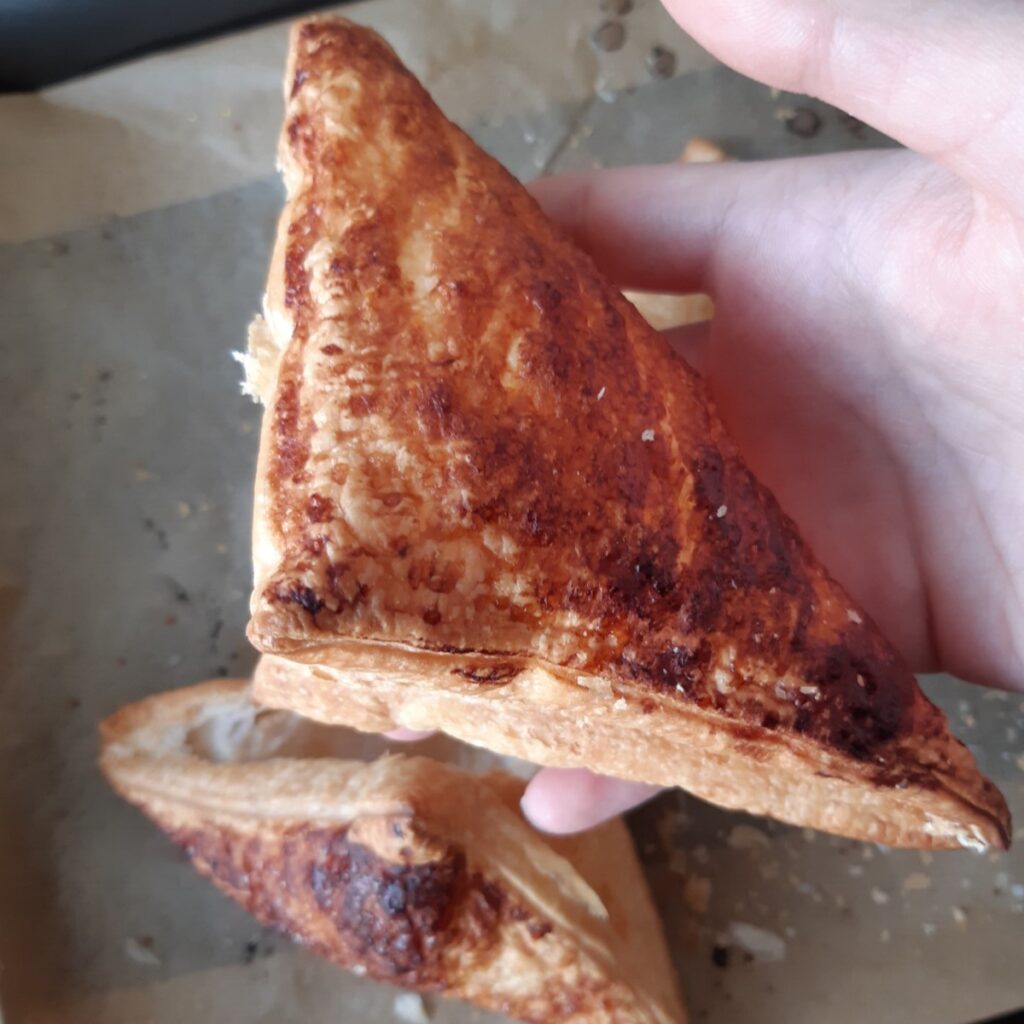 When you puff pastry squares are thawed fold them diagonally so they become triangles. Lay them on a baking tray lined with parchment paper. Coat them with melted butter or a bit of water and sprinkle some white sugar on it.

Bake them for about 10 – 15 minutes until they are beautifully golden brown.

Make sure you fold the sticky side of the pastry to the inside and press them just slightly. It prevents them from folding out again when they start to puff up.

When you take them out of the oven, leave them to cool down completely.

Meanwhile you can whip up the whipped cream. 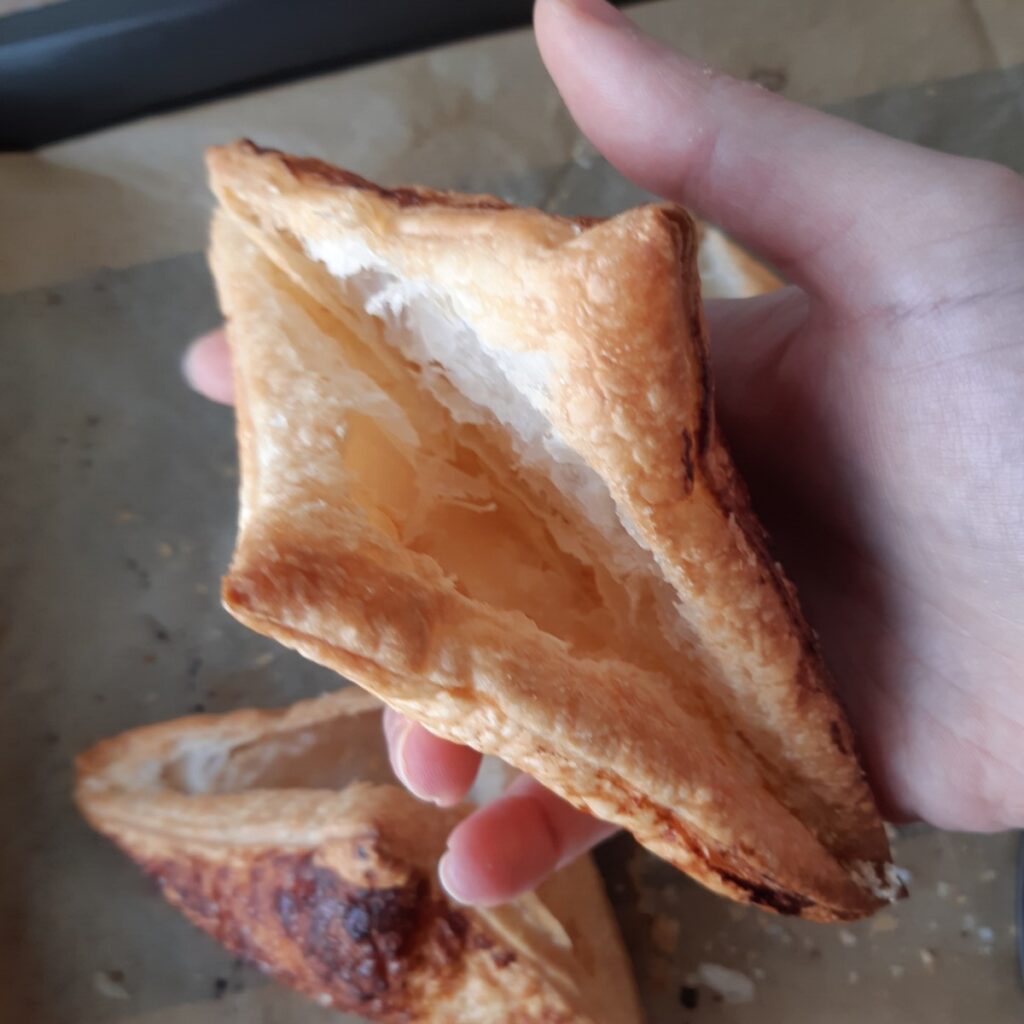 You’ll do that as the following, pour 250ml of the cream into a bowl together with the 2 packages of vanilla sugar and the whipped cream stiffener.

And then just whip whip until it gets beautiful stiff peaks. If you don’t think it’s sweet enough try to add some powdered sugar it will also make it a little bit more solid. And put it in a piping bag with a nozzle or just a cut end.

When the puff pastry has cooled down, cut them horizontally until the folding line. (like cutting a bun.)

Fill the puff pastry with whipped cream and the cherry pie filling sprinkle a bit of powdered sugar on top if you like and there you go! Yummy!

Variation tip 1: Make some custard pudding and pipe it also in the puff pastry, together with the whipped cream and cherries.
Variation tip 2: Sprinkle some chocolate chips on top to go the extra mile! 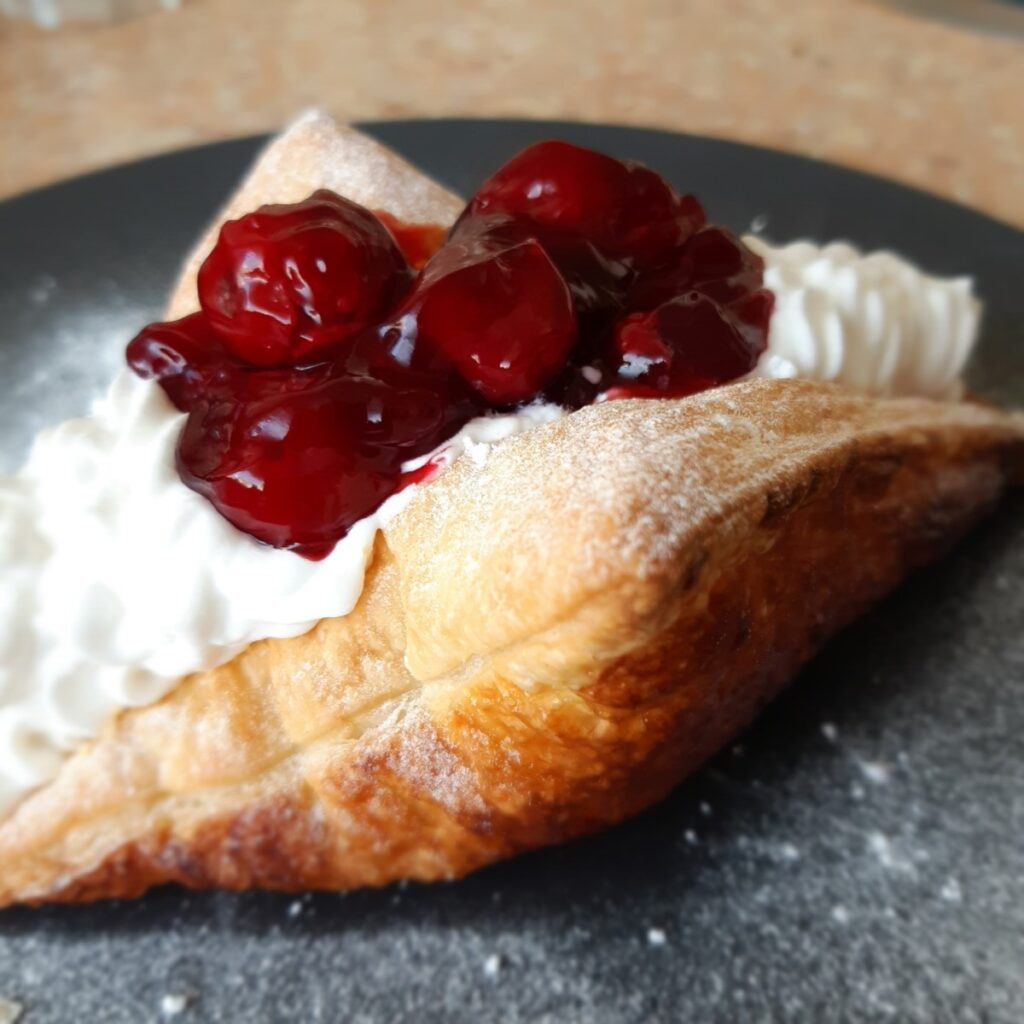 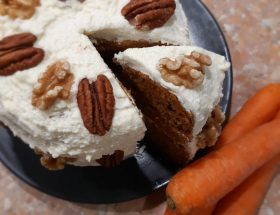 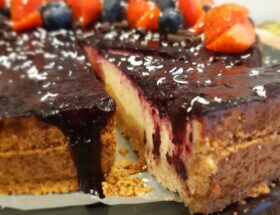 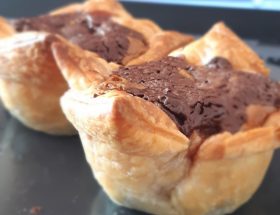 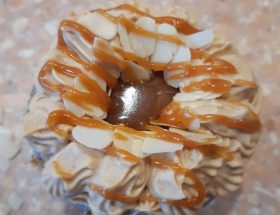 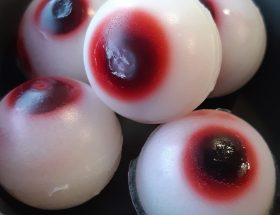 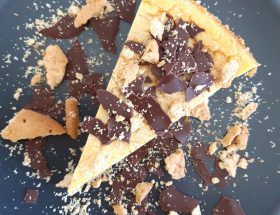 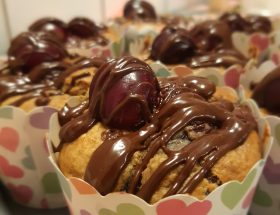